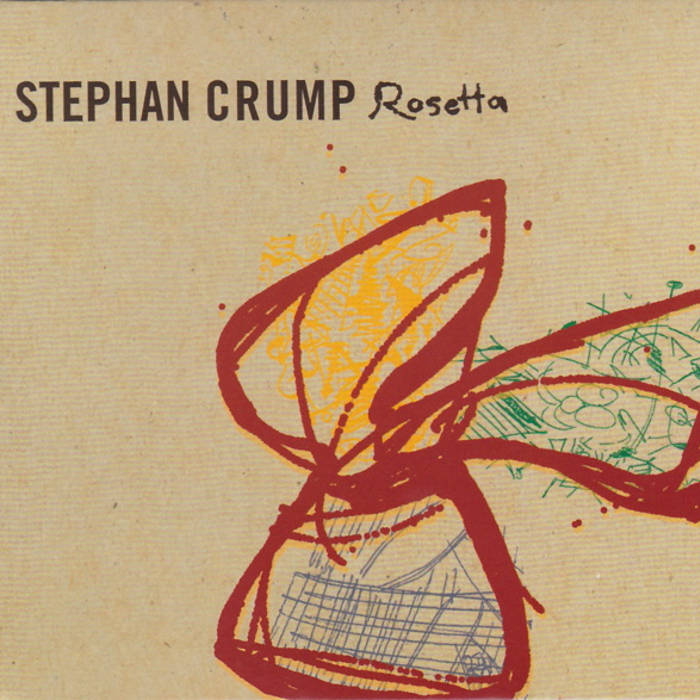 John Cratchley Delicate swing and interplay...a masterclass in the process of musicians absolutely listening to each other...it has finesse and is cultured, I think, as well as being highly elegiac.
An unusual mix of instrumentation makes this string trio a low key gem...I know I will return to this music often.

Ryn Miake-Lye Thank you, Stephan, Liberty and Jamie (15 yrs after the fact) for a marvelous album.
I hope you and your loved ones are safe and healthy.
Stephan, your compositions are well adapted to reopening smoothly. Please let me know if you would like to discuss
Kindly,
Ryn

this is the first album by Rosetta Trio, an all-string ensemble I put together to work out these pieces, most of which were written in the days, weeks and months following 9/11, as I dealt with the multiple layers of loss my wife and I (and so many others) experienced through that period

"Here is a string ensemble for the new century!" - AllAboutJazz

"As a bassist and composer, Mr. Crump avoids obvious routes but manages never to lose his way, as he demonstrates on his intimate new album, 'Rosetta'." - NewYorkTimes

"From the first listen, this quietly beautiful and supremely human music engaged me like the beginning of a great novel." - JazzReview

"an engaging and sublime meeting, guaranteed to sneak up on you." - Signal to Noise

The three friends have gathered many times before, sharing beers, meals, or tips on vintage amplifiers, or rehearsing music for one of the many projects where their talents have overlapped through the years. But this time the scene is a little different -- more focused, more intimate, more intense. Over a few chilly days in January of 2004, in a cozy little home studio painted leaf green, they are creating a richly conceived and brilliantly executed new album: Rosetta.

The friends are double bassist and composer Stephan Crump, acoustic guitarist Liberty Ellman and electric guitarist Jamie Fox, working to bring Crump’s very personal vision to life. Feeling the need for deeper intimacy and wider flexibility in his music, and partially inspired by the experience of performing and recording as a duo with his wife (singer-songwriter Jen Chapin), on Rosetta Stephan departs from the more traditional ensembles of previous outings to arrive at the rare concept of a drumless, chamber-like trio of strings. The result is a collection of intricate, narrative compositions set against a uniquely sparse, yet rich sonic landscape.

Largely composed at home on the Rhodes piano from fragments emerging during the period after September 11th, the songs are complex yet immediate, and ever-so-slightly twisted. The melodies are unforgettable, and their impact is quietly explosive. Places and friends near and far from home planted the seeds for many of the songs. “I was finishing the body of ‘Carrousel en Verre’ on Block Island at the wedding of some friends,” Stephan shares, “It’s about the fragile nature of our lives. That weekend became the last time we saw our friend, Kristy Ryan, who died in the World Trade Center only weeks later. I wrote the outro for her… for her ascent.” At a seaside village in England Stephan heard “The Bells of Bamburg,” while cinema served as the inspiration for the songs “Rosetta,” and “Atanarjuat”; the later asks us to “imagine running for your life, naked on the arctic ice”. Some songs were conceived as pointed observations of the times we live in: In “Residual” Stephan comments on “what we are left with after a tragedy…and what we choose to make of it..”

While it is debatable whether music this personal can be justly rendered only by close friends, there is no question that the performance of arrangements this naked and intimate requires players of tremendous rhythmic and inventive power. In the opening track, “Tag,” which came from Stephan’s efforts to “to try to take some pressure off myself” in his writing, a simple, short, repeating form serves as a vehicle for simultaneous improvisation from all three players, converging at various points to statements of the playful melody. Similarly, in “Kudzu,” inspired by the ravenous growth and fantastical shapes of these vines in Stephan’s native Tennessee, Crump puts down his powerful groove and then trusts his friends to wind around it with their own twisting shapes and melodies. Also coming from memories of the South and in particular, the private spiritual of one handsome and ageless woman, “Rosie” features beautiful solos from all three players, with an especially expressive entrance from Jamie. In the epic “Our Survival”, we hear a glorious extended passage by Liberty, emerging both from the developing momentum of the two guitarists’ solos and the song’s theme of opposing forces coming together. On each track, the players are right there in the room with the listener, adding their own distinctive instrumental voices to these stories without words — always listening, and never crowding each other with their mastery.

Many discerning jazz listeners have come to know Stephan Crump from his seven-year-and-counting association with the emerging piano great Vijay Iyer, which has brought forth the albums Panoptic Modes, Blood Sutra, In What Language? and Iyer’s latest, Reimagining. Stephan has worked for nearly as long with Liberty Ellman, notably on the Pi discs Tactiles and Ophiuchus Butterfly. And together with Jamie Fox, Stephan performs and records with his wife, the radiant singer-songwriter Jen Chapin, whose recent albums Linger and Ready he also co-produced.

“I’ve always been a part of several musical scenes in New York,” Stephan told me. A child of Memphis, he is strongly influenced by blues and R&B. He is a pillar of the progressive jazz scene, but also the indie-pop scene and various uncategorizables, such as Joel’s Harrison’s Free Country and (until recently) Gregg Bendian’s Mahavishnu Project. He’s also drawn inspiration from his film-scoring work for Miramax, HBO, Showtime, Bravo and Simple Focus Films. Rosetta is Stephan’s third solo release, following 1999’s Poems and Other Things (Papillon) and 2001’s Tuckahoe (Accurate).

Liberty and Jamie were both fixtures on the scene in the San Francisco Bay area and had toured internationally before arriving in New York in the 90s. Aside from his own critically-acclaimed recording career, Liberty has been featured in Henry Threadgill’s innovative group, Zooid, and has performed with other jazz visionaries like Steve Coleman and Greg Osby. An accomplished jazz composer in his own right, Jamie also brings a folk, R&B and blues perspective that has also been heard with legends like Joan Baez and Brother Jack McDuff.

On Rosetta, you can hear Stephan’s omnivorous outlook filtering through. Each song is its own compact universe, but the album tells a unified tale. The coherence of Stephan’s art is rare. And thanks to this rare and imaginative lineup – bass and two richly contrasting guitars – his gifts are nakedly and thrillingly apparent. Rosetta is jazz as it’s never quite sounded before.